The fox squirrel (Sciurus niger) is the largest species of tree squirrel native to the United States. They are abundant in much of the U.S. with a range covering as far north as Manitoba and Ontario, down south into Mexico, and also occupying much of the central U.S. all the way east to the Atlantic Ocean. In total there are 10 subspecies of fox squirrel, and 9 of which occur in the south. Currently, subspecies occurring in the Appalachians and mid-west are stable and even abundant. In the southeast, subspecies have been steadily declining over the past 100 years most likely due to habitat loss and fragmentation.

After 2000 there has been little research into the populations of fox squirrels in the Piedmont and Coastal Plain regions of the southeastern U.S., especially in Virginia. Our goal is to identify the range of the rare and elusive southeastern fox squirrel subspecies, Sciurus niger niger and where their range overlaps or differentiates with their western counterpart subspecies Sciurus niger vulpinus.

This website’s purpose is to further provide information on the identification and observed locations of the southeastern fox squirrel (Sciurus niger niger) by the public to further our understanding of their species range.

To report a fox squirrel sighting, please email the date, location, and picture to  foxsquirrelreport@vt.edu

How to Identify a Fox Squirrel…

The Southeastern Fox Squirrel is notoriously variable in their color and they can be difficult to identify between subspecies. Here are some tips on how to not only differentiate a fox squirrel from the common gray squirrel, but also how to identify the southeastern fox squirrel among other fox squirrels.

The southeastern fox squirrel can be identified by black head markings, white or grey noses, and white ears and feet. Body pelage is highly variable and can vary from silver, grey, or agouti, with melanistic forms of greyish, buff, or black. 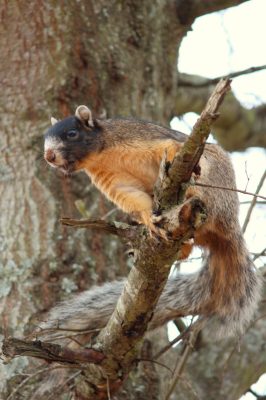 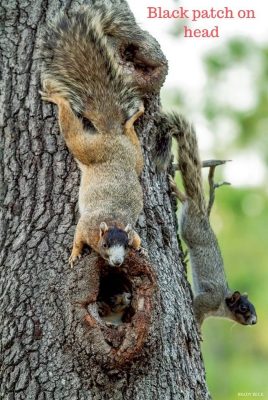 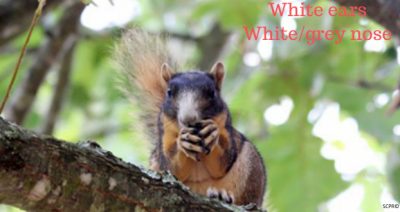 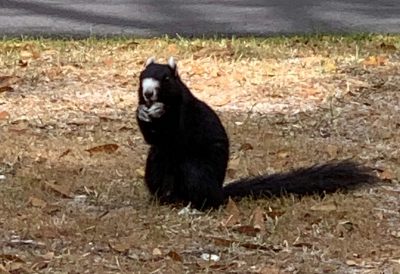 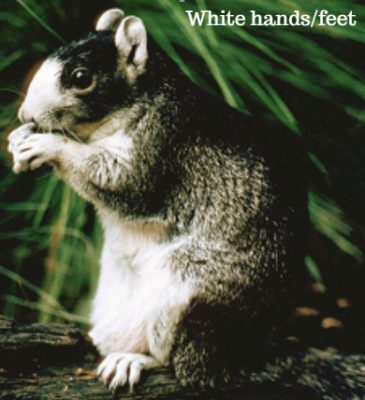 Report a fox squirrel observation on our iNaturalist Project Site!